The Tribute to Women Awards is a signature YWCA Princeton event that was established in 1984 and has since honored exemplary women from the Greater Mercer County area who embody the YWCA mission, have demonstrated sustained leadership and exceptional talent, and who have made significant contributions to their professions.

We are accepting nominations for the 2021 Tribute to Women Awards! The nomination period has been extended through October 22, 2020. Please email tribute@ywcaprinceton.org with any questions.

About the Young Woman Award

The Young Woman Award was awarded for the first time at the 2020 Tribute to Women Awards. It was created to put a spotlight on rising stars in the Mercer County who demonstrate commitment and passion in advancing social equity. Candidates for this award are between the ages of 21-35.

About the Man of Achievement Award

The Man of Achievement Award was created to acknowledge and celebrate Mercer County men who embody the YWCA mission of eliminating racism and empowering women.

About the CommUNITY Award

Created by YWCA Princeton’s Board of Directors in 2016, the award will be granted to those whose service characterizes the mission of the YWCA to eliminate racism and empower women throughout our region and whose actions inspire others to serve as well. The award commemorates and celebrates the recent efforts of the YWCA Princeton to expand its service and mission throughout region. 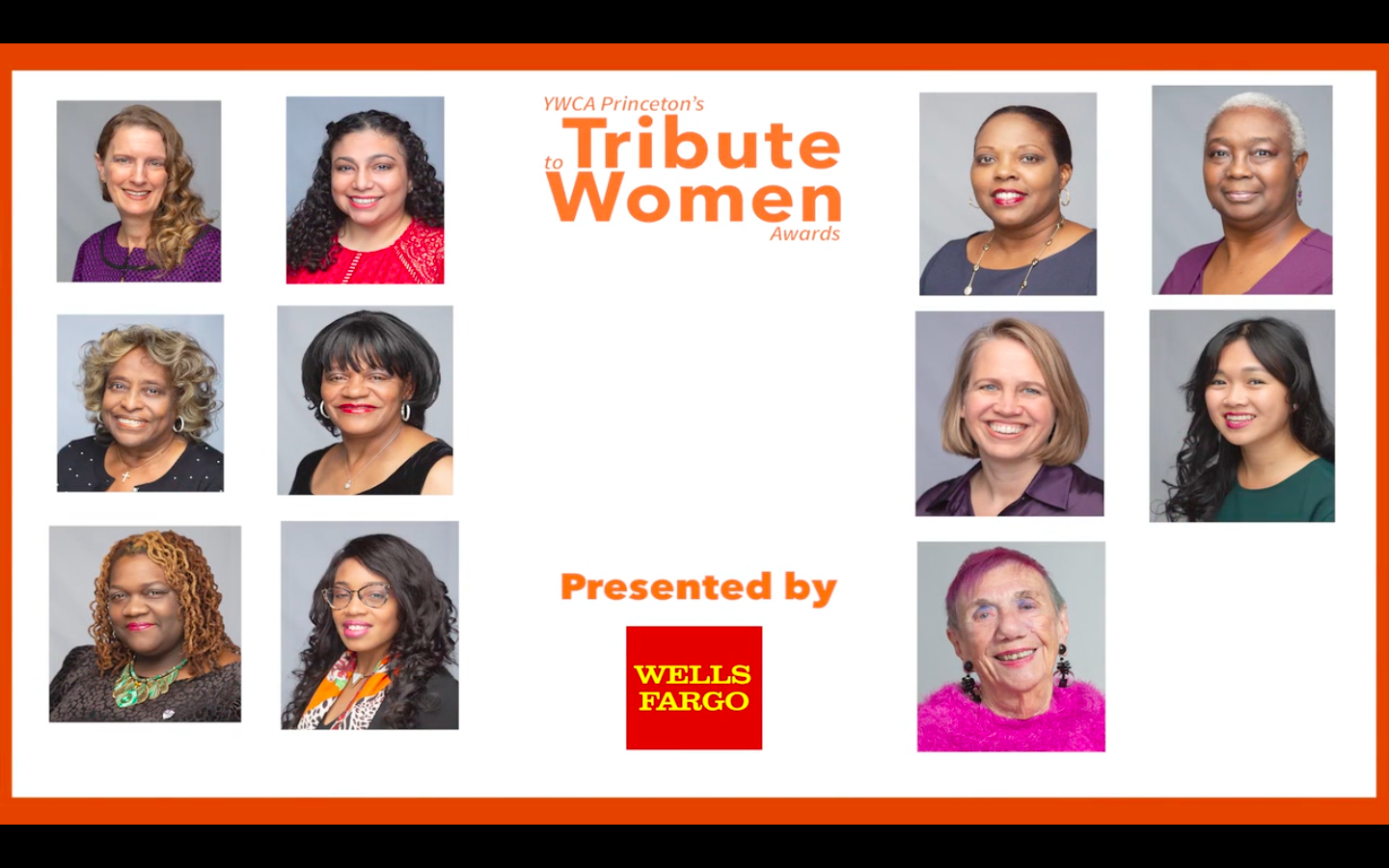 The Class of 2020 Tribute to Women Honorees!

MEET OUR 2020 TRIBUTE TO WOMEN HONOREES

YWCA Is On A Mission

And we need your help to achieve it.

Advocate
Join
Donate
Stand Against Racism
Volunteer
Connect With Us