HomeThe True Events That Inspired Netflix’s ‘When They See Us’

In 1989, a jogger was sexually assaulted in Central Park. Five young men of color– Antron McCray, Kevin Richardson, Yusef Salaam, Raymond Santana, and Korey Wise, all of whom were between the ages of 14 – 16 were picked up by police officers and arrested for the crime.

It is speculated that the boys, most of whom didn’t know one another before the interrogations, were coerced into making confessions. Their confessions were made before they received legal representation, and all five boys later retracted their confessions.

The victim of the attack was badly injured and left to die. She survived, but due to the trauma and her injuries had no recollection of what happened to her. However, there was no DNA evidence linking any of the boys to her assault.

Despite the lack of physical evidence, all five boys were found guilty in court. They spent between 6 – 13 years in youth correctional facilities.

In 2002, after the statute of limitations for the crime had passed, the actual rapist, Matias Reyes, confessed and admitted he was the sole perpetrator.

In 2015 Raymond Santana reached out to Ava Duvernay, director and producer, about adapting their story into a movie. This discussion lead to the production of Netflix’s miniseries, When They See Us. The 4 –part series tells the story from the victims’ perspectives, from their arrests to their exoneration. The series also demonstrates the reality of how quickly the media and members of 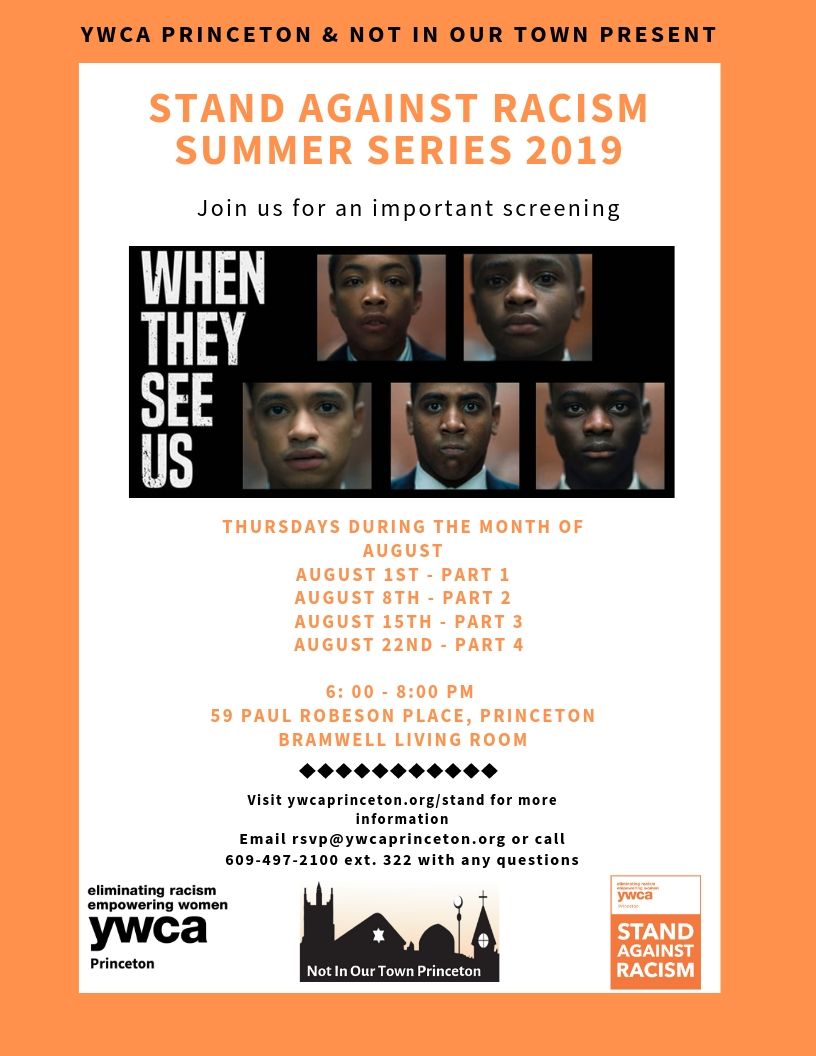 law enforcement vilified five young boys of color. Five boys had their youth stolen from them, their reputations destroyed, and their families devastated due to the false conviction.

YWCA Princeton and Not In Our Town will host screenings of When They See Us throughout the month of August for our Summer Stand Against Racism Series. A discussion will follow each screening. For more details, click here.