HomeMeet Our NEXT GEN Board

NEXT GEN Board – Executive Committee 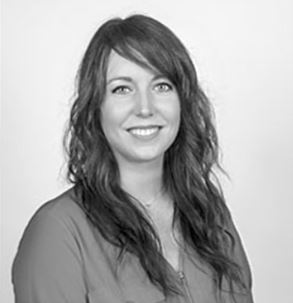 Lauren Peck has worked for the Healthcare Businesswomen’s Association (HBA) since December 2013 and is currently the senior manager of corporate development. In this role, she manages all of the organization’s corporate relations leaders in strategic engagement with HBA’s corporate customers to maximize engagement and spending, working cross-functionally with corporate relations staff. Lauren also oversees HBA’s European office and works closely with European leaders on operations, conference planning and more. Lauren’s role also includes finding new opportunities for organizational growth, the design/implementation of organizational structures for maximum efficiency and effectiveness, and leading various organizational initiatives and projects. She also acts as a point of contact for best practices and assistance in all of the organization’s functional areas and to leaders at all levels.

Prior to her current role, Lauren was manager of chapter development and assisted in the design of the organization’s new operating model before supporting and managing the transition into the new model with multiple regions. When Lauren first joined HBA, it was as manager of meetings and events administration, where she managed and supported the former Metro chapter (now the NY/NJ Region), their board and volunteers.

Before joining HBA, Lauren worked in event coordination and office management for a private entertainment company and graduated from Rutgers University with a focus in art history and Italian. Lauren also volunteers for Big Brothers Big Sisters of Mercer County, is a self-proclaimed book worm, loves traveling and spending time with her friends, family, husband and dog. 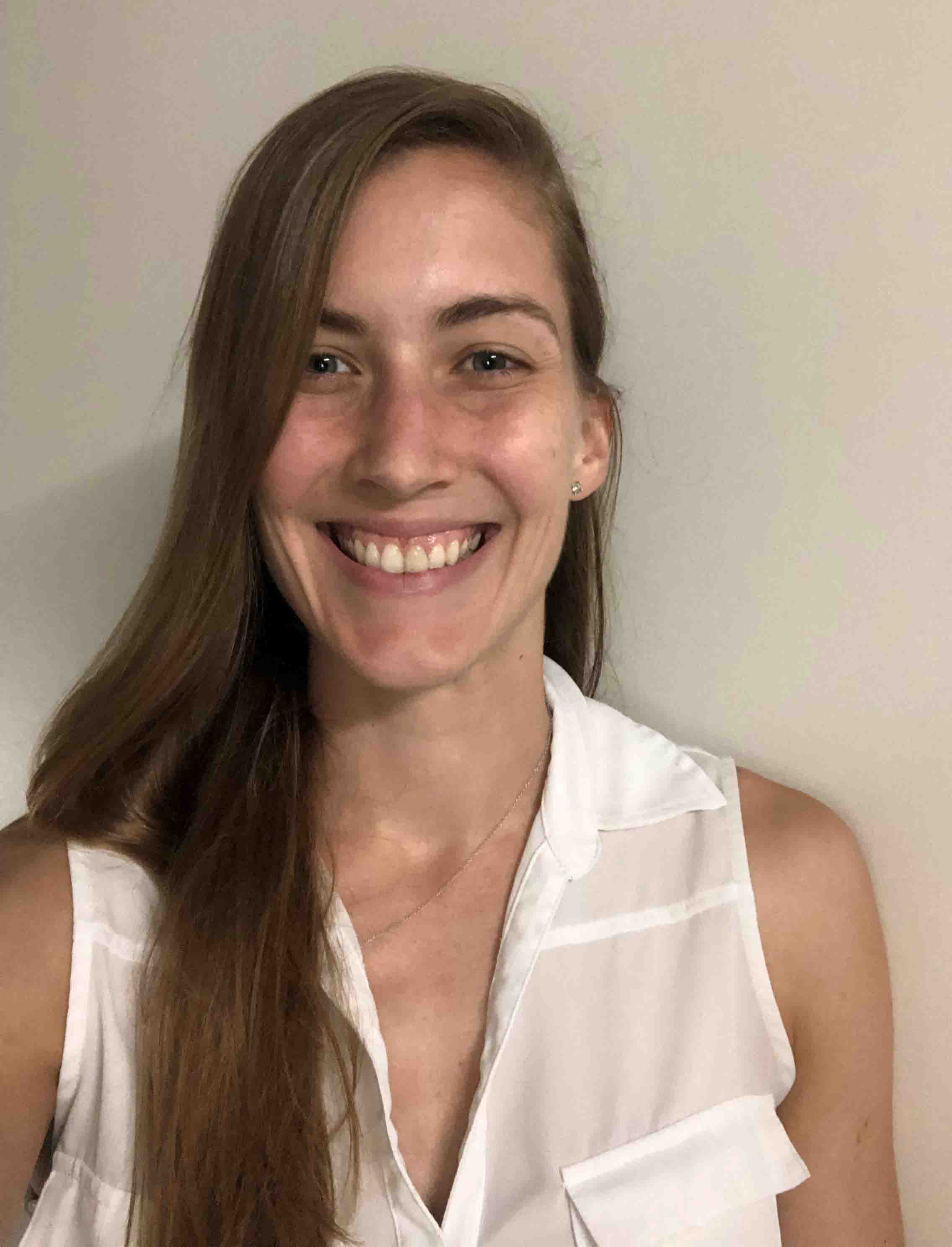 In August 2018, Sarah was named the Insurance Coordinator at Princeton University for the Risk Management department. She assists and overseas the Fleet Safety program and the Property/Casualty insurance programs. During her time at Princeton, Sarah has been a member of the Finance and Treasury Events Committee, the Princeton Social Professionals Employee Resource Group and the Women’s Employee Resource Group. Prior to coming to Princeton, she worked for Allstate Insurance Company, managing claims and participating in the Young Professionals Network, as well as a variety of events committee.

Sarah grew up in Newtown, PA. She attended Council Rock North High School, where she was a three-sport athlete. Sarah went on to play Division I basketball at American University and graduated with a degree in Elementary Education. From there, she went on to be an assistant coach at Franklin Pierce University, and helped pass along her basketball knowledge to a younger generation of players. In her spare time, Sarah enjoys reading, cooking, playing pickup basketball and lifting. Being new to the area, Sarah is eager to be part of the NextGen Board!

Shernelle Pringle attended Rutgers University where she holds Bachelor’s degrees in both Biology and Political Science. She is also currently pursuing her Master’s Degree in Biomedical Sciences. Her love of science, innovation and problem solving landed her a career at Colgate-Palmolive Company, where she works on developing the next generation of consumer packaged goods. Shernelle believes in giving back to the community and as Community Chair of an employee resource group, she oversees community outreach initiatives that foster opportunities for employees to actively engage with and positively impact their communities. In her spare time, Shernelle enjoys reading, watching TedTalks, tennis, soccer, learning new things and spending time with her younger siblings. She is especially grateful for the opportunity to be a part of the NEXT GEN Board and reminds us to “Do what you can with all you have, wherever you are.” – Theodore Roosevelt 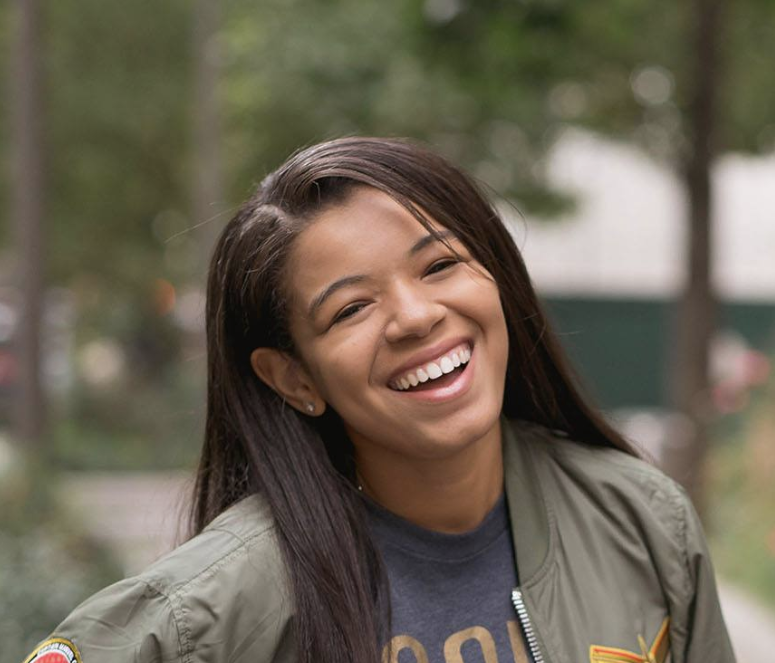 Tatianna Sims, an Academy GOLD Alumna, is an award winning filmmaker, television producer and director and a Senior at New York University’s Tisch School of the Arts. Her films has be nominated and won in many film festivals including the Project FX Student Film Project with Sony Pictures Classic and the Princeton Prize in Race Relations. She is the Founder and CEO of Challenge Entertainment and has directed and produced an array of independent films and television events including a live boxing match featuring the return of six time world champion Zab ‘Super’ Judah. Some of Tatianna’s corporate clients include New York University and Starbucks Coffee Company.

In addition to filmmaking, Tatianna is committed to being a civic leader in the community. Starting in 2015, she created an annual Unity Walk campaign that brings people together in celebration of diversity, inclusion, and togetherness. Her efforts has led to the development of The Challenge Entertainment Production Academy. Currently, Tatianna serves as a judge for the Oscar Qualifying Atlanta Film Festival and a board member and Communications Director for the Nassau Film Festival. In February of 2019, Tatianna was also a trophy presenter at the 91st Academy Awards®, televised on ABC. 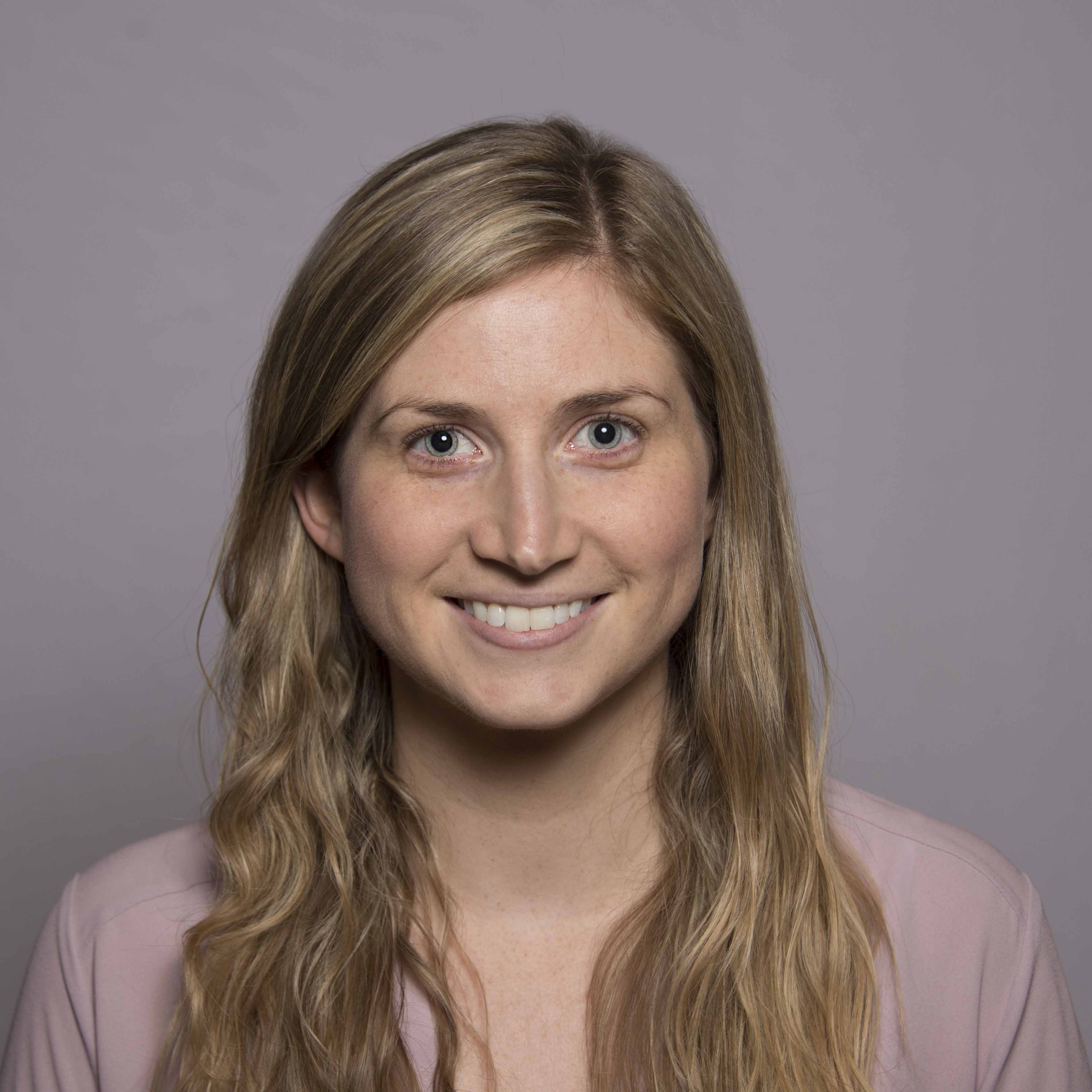 Kelly Marker works for Isles, Inc. in the Community Planning & Development Department as Deputy Director, Real Estate Development. She oversees work on Isles’ Social Profit Center at Mill One and a variety of Trenton neighborhood redevelopment projects. Previously, Kelly was a Project Accountant for Field Paoli Architects, as well as Project Coordinator for California Capital & Investment Group, an Oakland real estate development firm. She has a B.A. in Managerial Economics from Allegheny College and an M.A. in Historical & Sustainable Architecture from NYU London, specializing in the adaptive reuse of historic buildings and urban revitalization. Originally from California, Kelly moved to the area for work and is excited to be more involved in both the Trenton and Princeton communities through NextGen. In her free time, Kelly enjoys traveling, going to markets and exploring old cities. 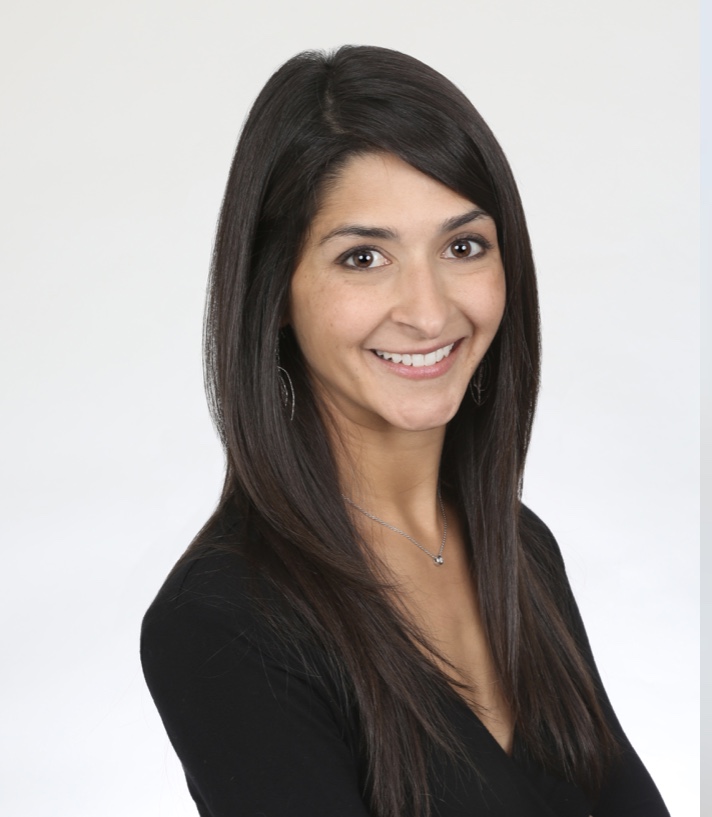 Sheila Desai works as a Corporate Event Planner at Dyventive in Langhorne, PA and a Real Estate Agent at Callaway Henderson Sotheby’s International Realty. Outside of work, she is an active member of the Junior League of Greater Princeton where she volunteers her time to better the community through organizations such as Dress for Success and Homefront. As a longtime local to this area, Sheila is looking forward to the opportunities she will have to connect and better serve her community as a member of the Next Gen Board! 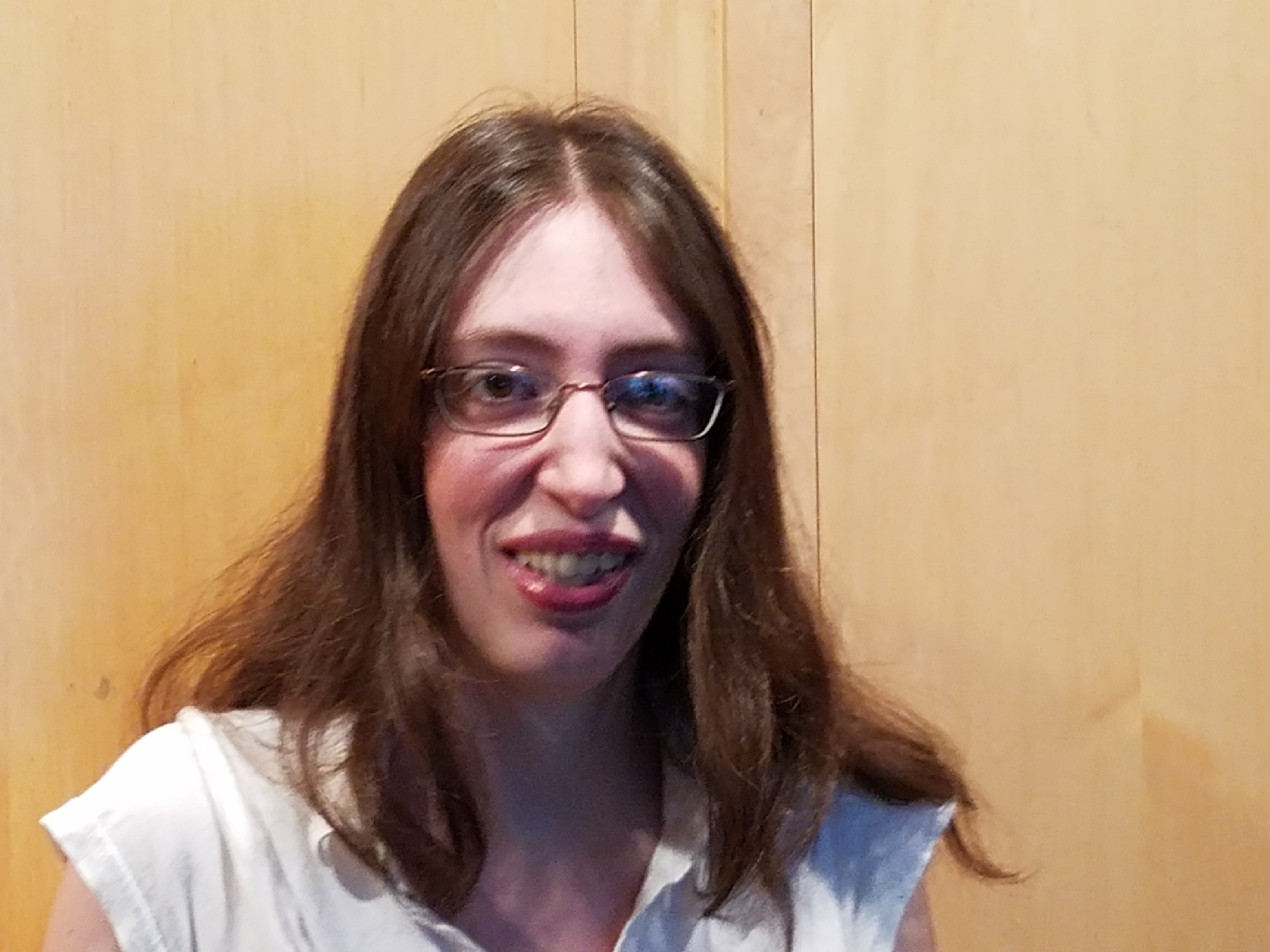 Melissa Drift is a freelance journalist with associate’s degrees in communications from Mercer County Community College. While in college, she did an extensive one year long internship for WDVR fm in Sergeantsville NJ. After that, she worked as a volunteer production assistant for six years at WWFM JazzOn2, the classical radio station located on the Mercer Community College campus. She produced interviews and public affairs programing, including a series of interviews with local mayors in Mercer County. She currently contributes to the Princeton Echo and U.S.1 Magazine. Her feature articles have covered astronomy, computer science, and neuroscience.  She lives in Belle Mead NJ.

Haley Gorda graduated from Ramapo College in December of 2018 with a Bachelor’s Degree in Literature with a concentration in Creative Writing. She has been the Communications and Marketing Manager of YWCA Princeton since March of 2019. Haley writes the monthly newsletters (text YWCAPRINCETON to 22828 to sign up!), manages the website, social media, markets YWCA Princeton’s programs, and helps promote and run major events. She feels inspired and empowered to advance the YW’s mission to eliminate racism and empower women, and is grateful to join the NEXT Gen Board!

In her free time, Haley can usually be found reading something by Kurt Vonnegut Jr. or Margaret Atwood. 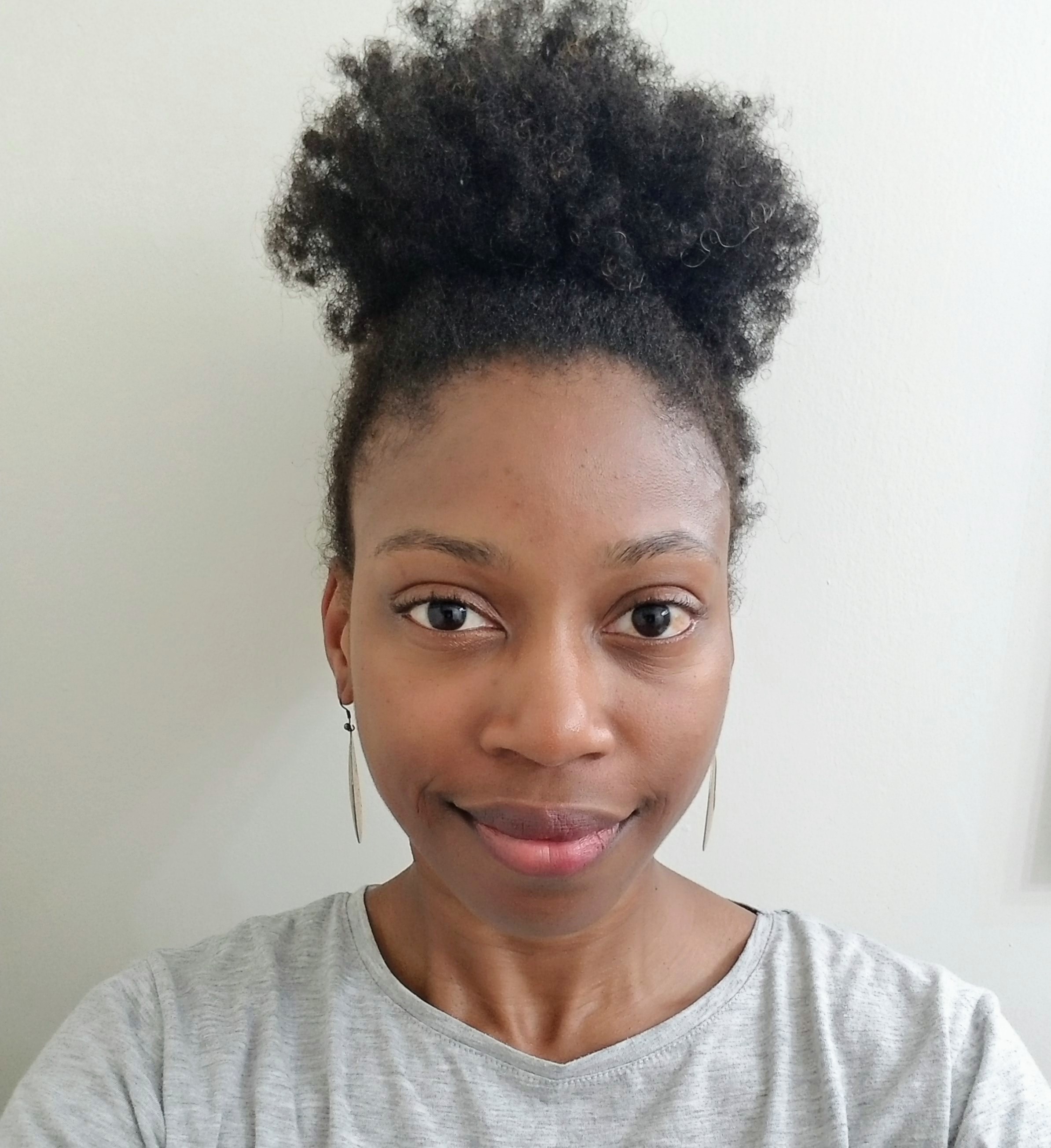 RaElle Jackson is a Research Specialist at Princeton University. She uses imaging mass spectrometry to study metabolic features of normal and disease tissues. She recently received her Master’s in Health Sciences from Fairleigh Dickinson University in Madison, NJ. Her bachelor’s degree was received in Biology from Bryn Mawr College in Bryn Mawr, PA. RaElle has 10 years of research experience and has volunteered as a mentor for Big Brother Big Sister, served as an Adult Literacy Tutor, and spent time volunteering at healthcare facilities. RaElle enjoys running, being a part of women’s empowerment events, and is excited to serve on the NextGen board. 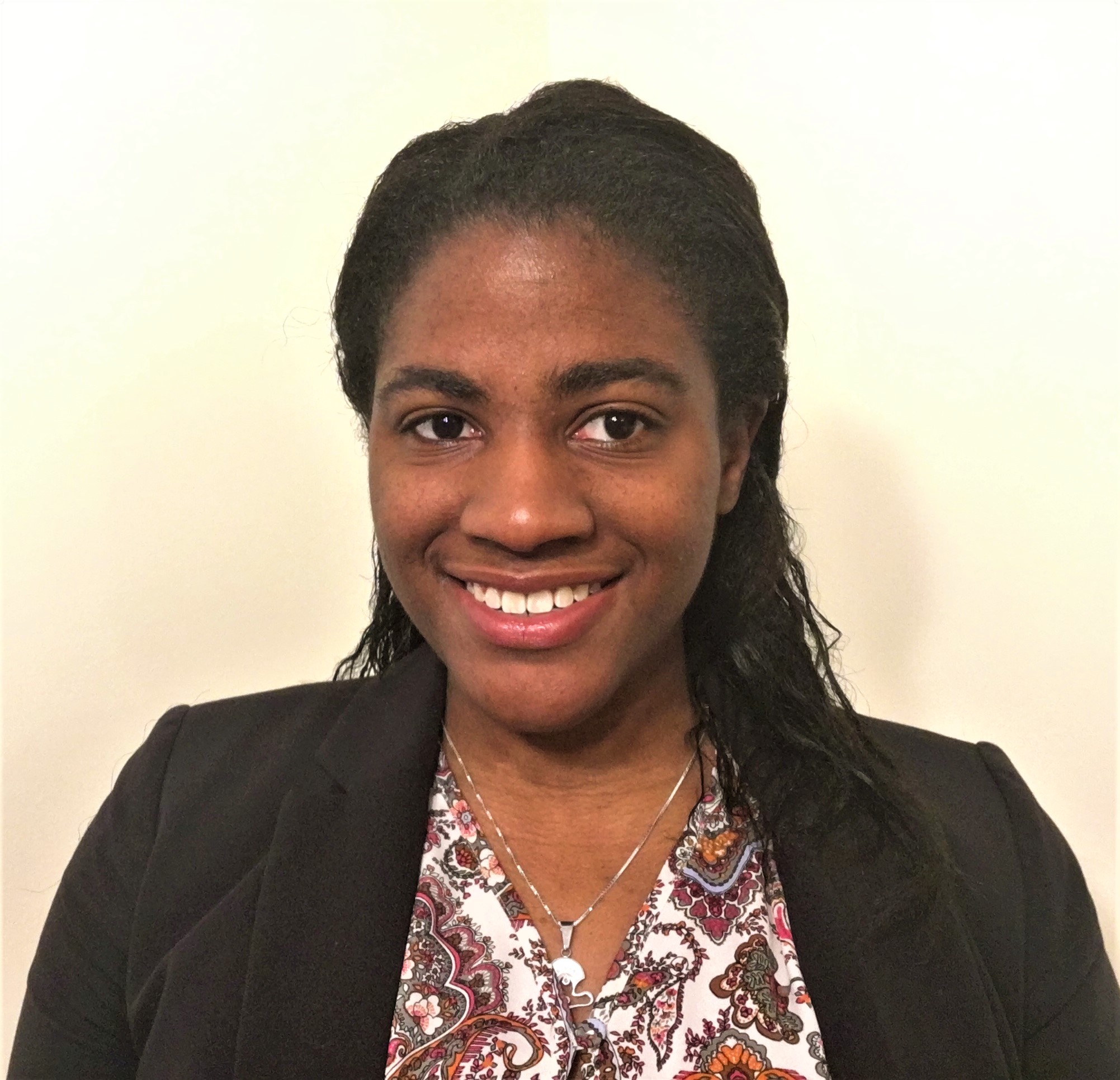 Nicole Kato attended Loyola University Maryland where she holds her bachelor’s degree in Speech and Language Pathology. Nicole currently works for New Jersey Manufacturers Insurance Group in West Trenton where she is a licensed insurance representative and a process improvement team member. She is proud to be a part of a company that puts a strong emphasis on giving back to the community. As a lifelong resident of the area, Nicole is honored to be on the NEXT GEN board and is looking forward to being involved with the community. 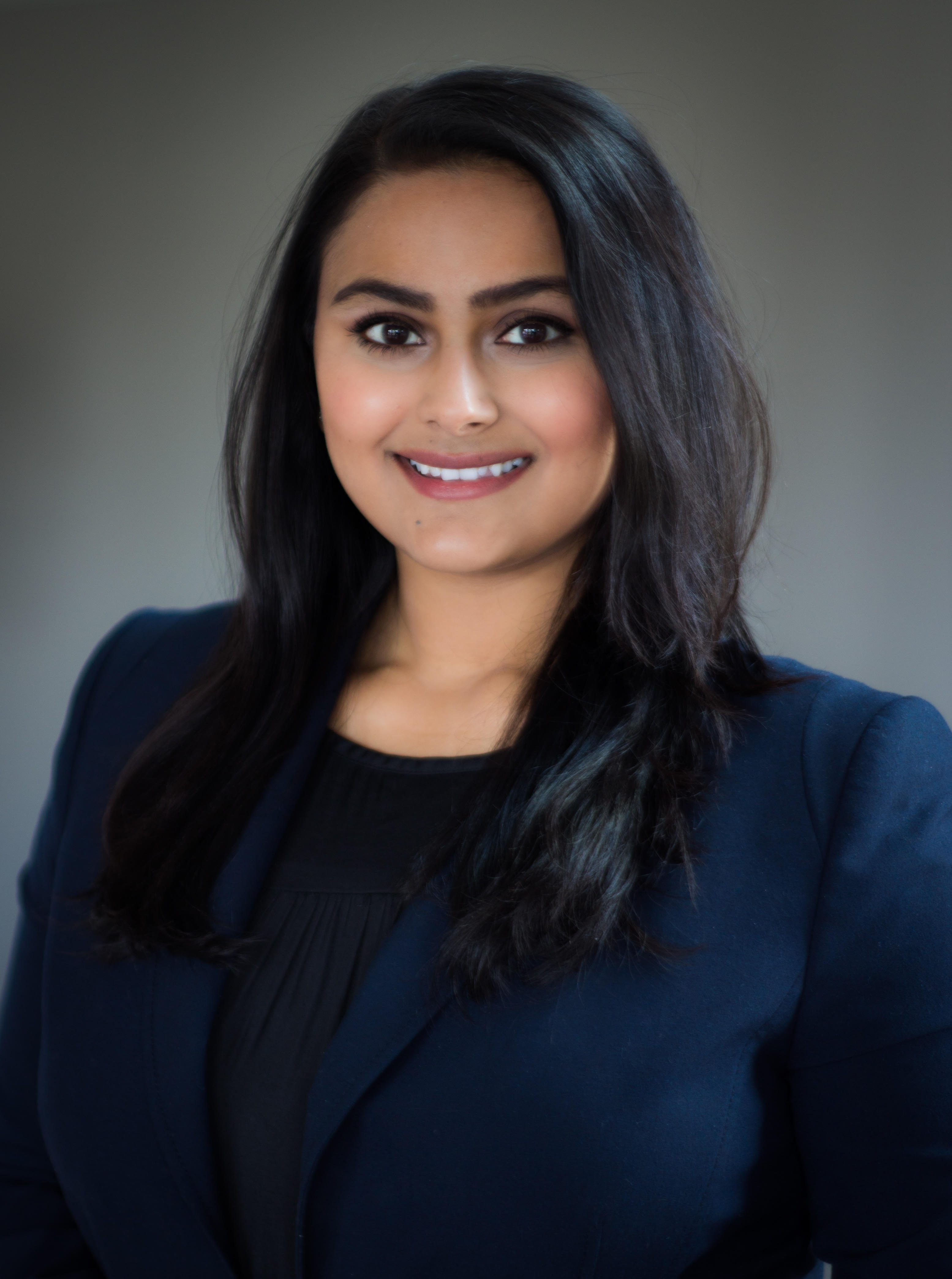 Nickita Naik currently works as a Regulatory Affairs Manager at Ortho Clinical Diagnostics. In this role, she develops and drives global regulatory strategies to ensure successful market launch of new products and continued market access of the current biologic and IVD product portfolio.

Prior to her current role, Nickita worked as a regulatory lead and project manager on the EU, ASPAC, and LATAM markets where she ensured compliance to new regulations in the EU and led development of regulatory strategy for successful divestment from Johnson & Johnson.

Nickita received her Doctorate in Pharmacy from Rutgers University. She also volunteers with the Healthcare Businesswomen’s Association (HBA) where she serves on the Membership Committee. In her spare time, she enjoys reading, traveling, and spending time with friends and family. 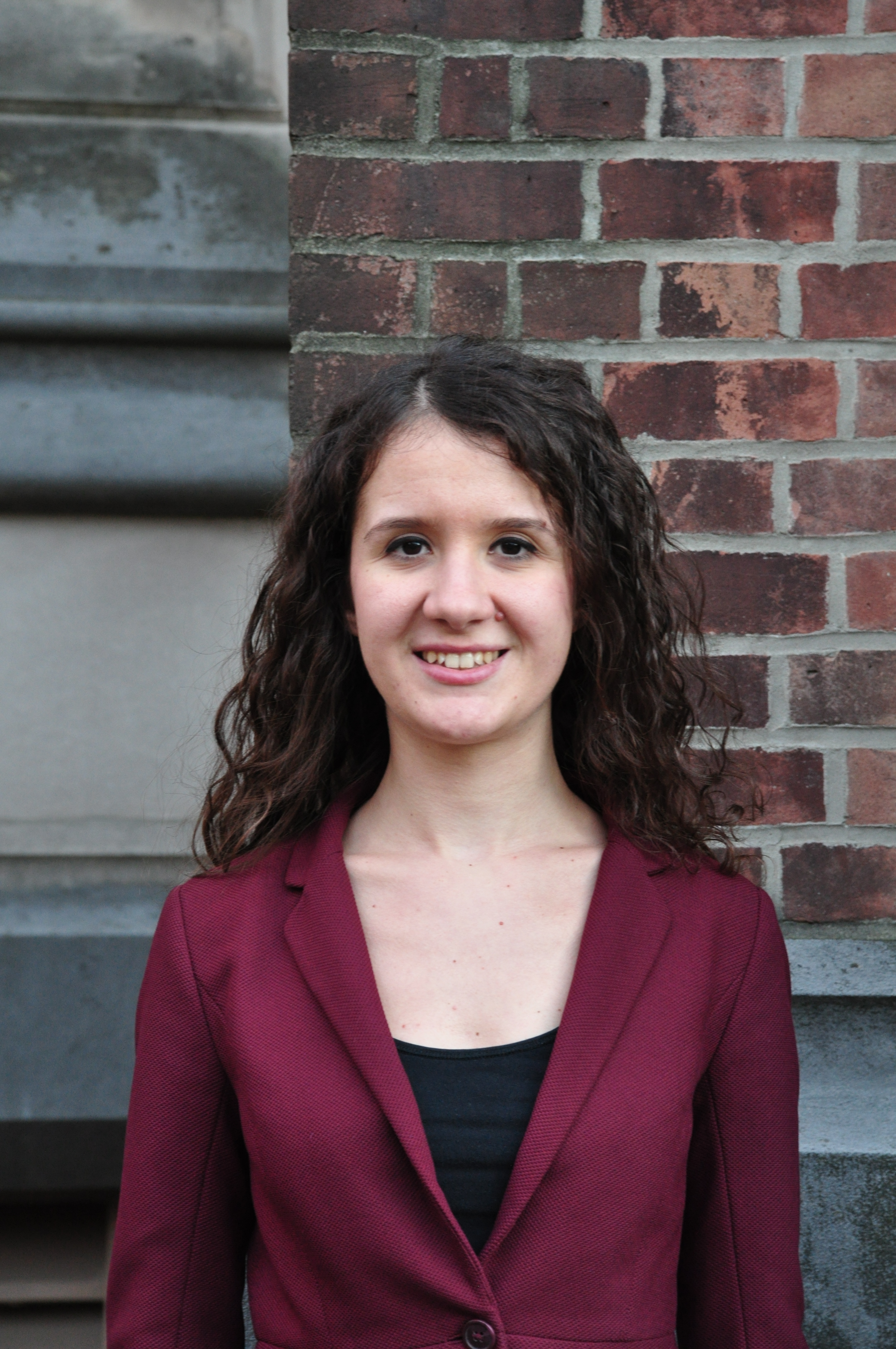 Melda Sezen-Edmonds is a chemical engineer by training. She received her Ph.D. degree from Princeton University and B.S. from Koc University. She is currently working as a research engineer at Bristol-Myers Squibb; tackling challenges associated with the scaling up of pharmaceutical molecules. In her free time, Melda likes to walk by the canal, meet with friends & family, and read. Melda is looking forward to organizing events with the other amazing NextGen board members. 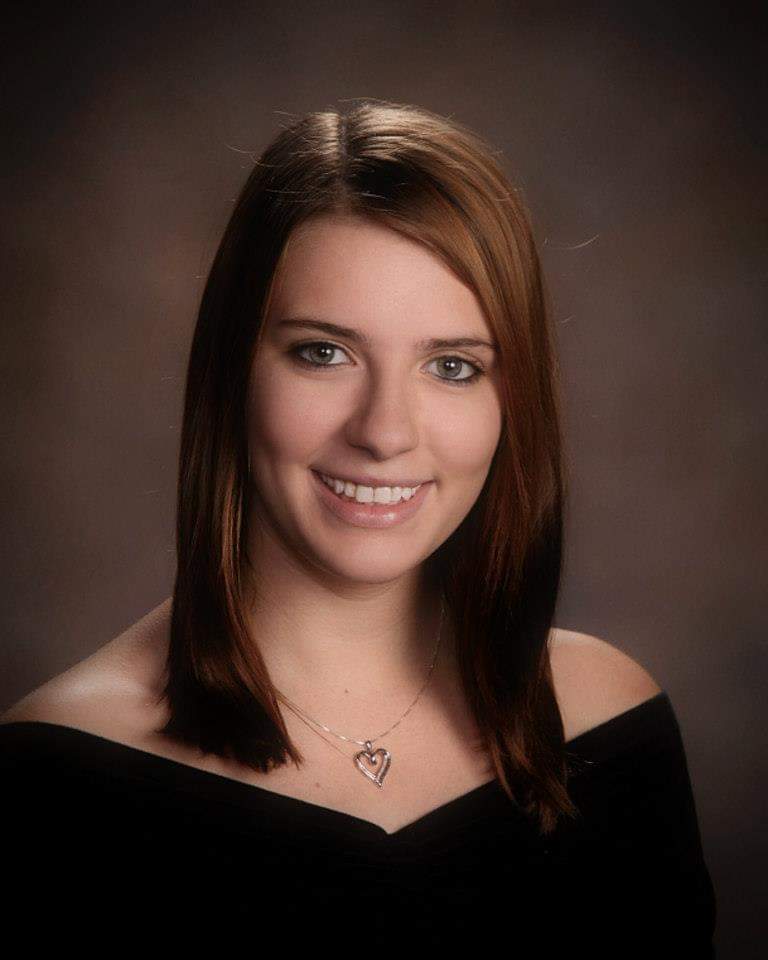 DeAna Smith is a Graduate Student at Rutgers University getting her Master’s in Social Work with an additional certification in Violence against Women and Children. In her undergraduate, she received her BA in Psychology with a minor in Women and Gender Studies and graduated from The College of New Jersey. DeAna is passionate about helping others and trying to make a positive future for everyone. After school, DeAna hopes to help those who have faced domestic violence regain their independence and recover from their trauma. DeAna enjoys reading, watching Netflix, and spending time with her family and her beloved pup Ace. She is very excited to be joining NextGEN!