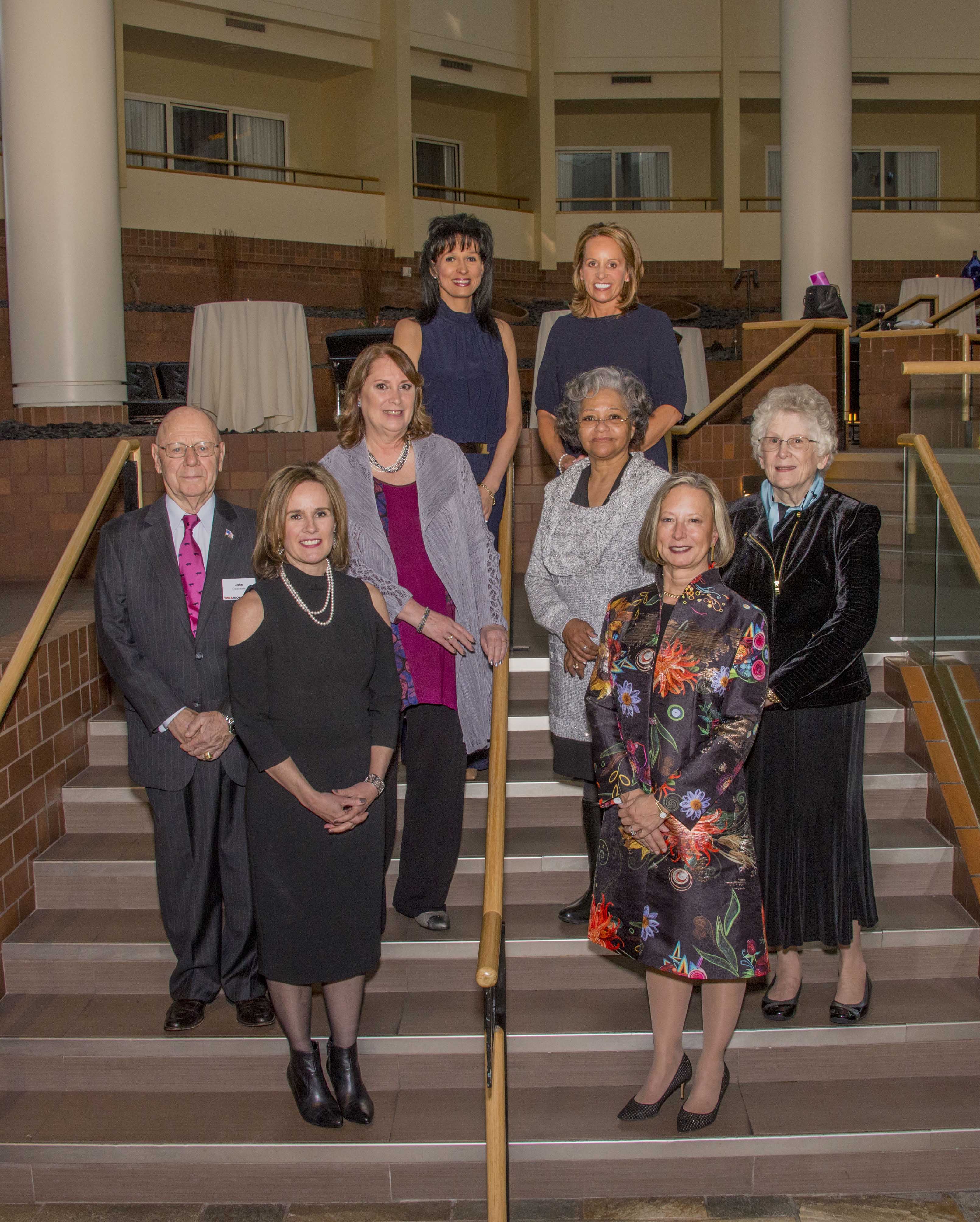 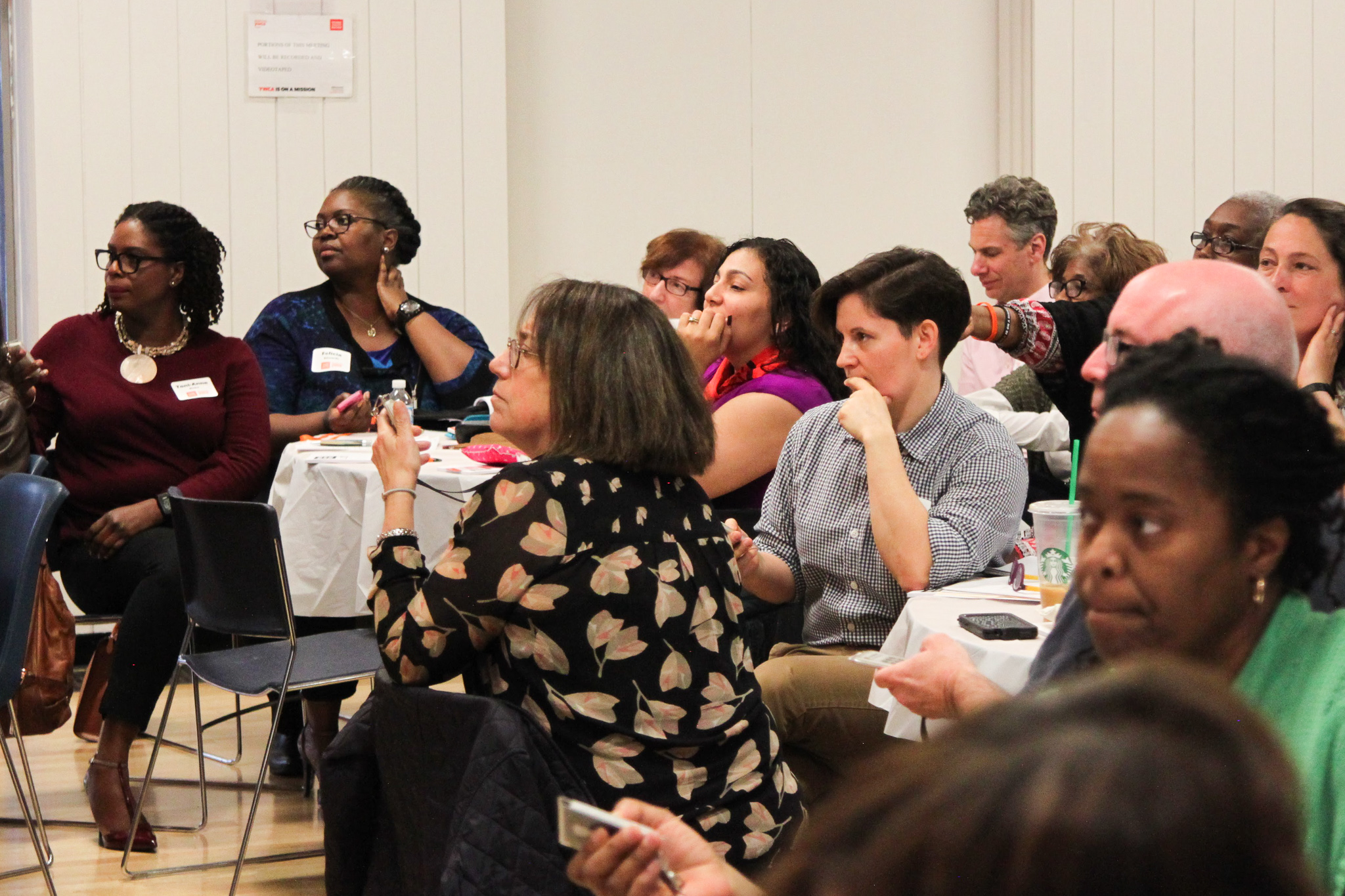 This year, along with local partner organizations, YWCA Princeton hosted it’s 11th Annual Stand Against Racism campaign (STAND). The STAND’s purpose is to build community among those who work for racial justice and to raise awareness about the negative impact of institutional and structural racism in our communities. This year, we innovated the STAND to make it meaningful for all of our community members throughout the year, through a range of civic engagement activities that took place April through September. We hosted Thought-Provoking Talks, and an Open Mic / Youth Rally in April followed by a summer series of discussions around racism in higher education, mental health awareness and immigration.

On June 14, 2018, the two YWCA Princeton all-girls competitive robotics teams – Robotics Rockettes and Prototype G – visited the SES facility in Princeton to demonstrate their work, and tour the SES premises. SES sponsored the YWCA Princeton Robotics program for the second consecutive year, and also offered the captains of the two teams internships at their facility.

This year, we celebrated 25 Years of Latinas Unidas in Trenton, assisting Hispanic women and their families through education, information, training and support groups. Just this year, Latinas Unidas  served over 150 women, and was able to secure job placements for 57 women! 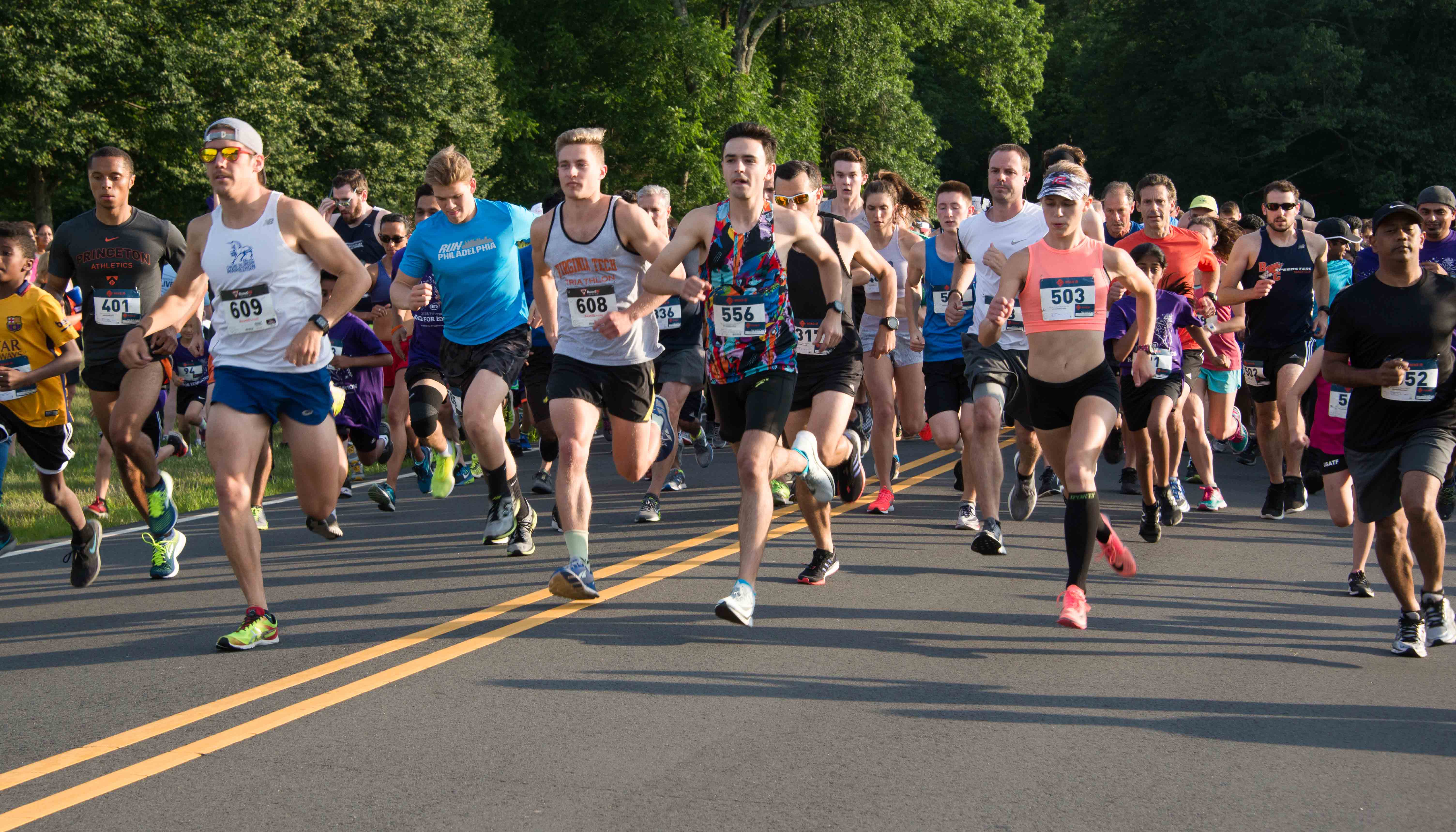 Over 250 golfers and supporters came together at the 5th Annual Dr. Sandra Gatt Memorial Golf  Tournament to raise over $70,000 for YWCA Princeton’s Breast Cancer Resource Center (BCRC) on Monday, August 6. This golf fundraiser is held every August in the memory of breast cancer patient and renowned reconstructive plastic surgeon Dr. Sandra Joy Gatt, who practiced in the Princeton area.

On August 8, 2018, YWCA Princeton joined hundreds of YWCAs across the nation in our biennial In-District Advocacy Day; a day for YWCA’s to collectively focus on legislative policies with local representatives to raise the volume on our concerns for working women and families. YWCA Princeton was joined by YWCA Union County and YWCA Bergen County, as we met with staff members of U.S. Representative Bonnie Watson Coleman, Senator Robert Menendez and Senator Cory Booker. Specific acts and bills we advocated for included the passage of the Dream Act, the End Racial (and Religious) Profiling Act and the Child Care for Working Families Act. Additional priorities included the re-authorization of the Violence Against Women Act (VAWA) and full FY2019 funding of the Child Care and Development Block Grant (CCDBG).

On Saturday, October 27th, members of the YWCA Princeton’s Robotics team attended the second annual In Her Power Conference, hosted by the Congressional Caucus on Black Women & Girls. Three members of Prototype G, an all-girls competitive Robotics team at the YWCA Princeton, participated in a day of learning devoted to the empowerment of Black girls and other girls of color in middle school. The In Her Power conference was co-chaired by Congresswoman Bonnie Watson Coleman (NJ-12), Robin L. Kelly (IL-2), and Yvette D. Clark (NY-9) and was held at Mercer County Community College. President of Mercer County Community College, Dr. Jianping Wang, provided opening remarks and spoke on her own experience as a young girl in China. Congresswoman Bonnie Watson Coleman challenged the girls to dream big and to speak up for themselves and each other.

YWCA Princeton’s CEO Judy Hutton, Director of Fund Development Sam Bobila and staff from the Latinas Unidas program were at the 2nd Annual NJ Family Festival that was hosted by First Lady Tammy Murphy’s Office, Trenton Health Team, Trenton Public Schools, City of Trenton, and The Nicholson Foundation. The festival that involved over 180 organizations in the planning process was held on Saturday, December 8, 2018, at Hedgepeth-Williams Middle School in Trenton and attracted hundreds of families. YWCA Princeton was proud to participate in the festival, which was organized to provide information and education about maternal and infant health in New Jersey.

Thank you to all who participated in our 2018 Benefactors for Bates Champagne Brunch, which was held on Saturday December 15th at the Chauncey Center in Princeton. Over 65 were in attendance at the event, which raised crucial funds for our Bates Scholarship Fund. The Fund helps individuals to access our programs regardless of income or ability to pay. We are grateful many could join us after the event was rescheduled from November due to a snowstorm. Special thanks to our committee and to PNC Wealth Management, our Presenting Sponsor. This event is one of the major sources of fundraising for the scholarship program, celebrating and strengthening the Bates legacy.

A special thank you to Princeton resident and long-time YWCA supporter Jill Jachera for organizing the St. Nicholas Project and to all the donors who supported this beautiful event! This year, 21 families of our Young Wonders CDC were able to create the magic of Christmas for their children. The St. Nicholas Project was founded in 2000 by Ms. Jachera, who saw the need to help families in Princeton. The project provides holiday presents to help local families in need. Gifts were donated by community members, individuals, families and businesses.The project, originally called the ‘YWCA Adopt-a-Family’, was renamed after its first year in memory of Ms. Jachera’s nephew Nichols Nutile, who was killed in an automobile accident in 2001. She continues to lead the drive each year encouraging businesses and individuals to join her effort to enrich the lives of local families and strengthen our community.

Beginning this past summer, YWCA Princeton facilities at 59 Paul Robeson Place have begun major renovation and upgrades. So far, the parking lot was resurfaced, we installed a new roof and the old canopy that connected the YWCA and the YMCA was removed. We look forward to the new year and the new improvements it will bring.