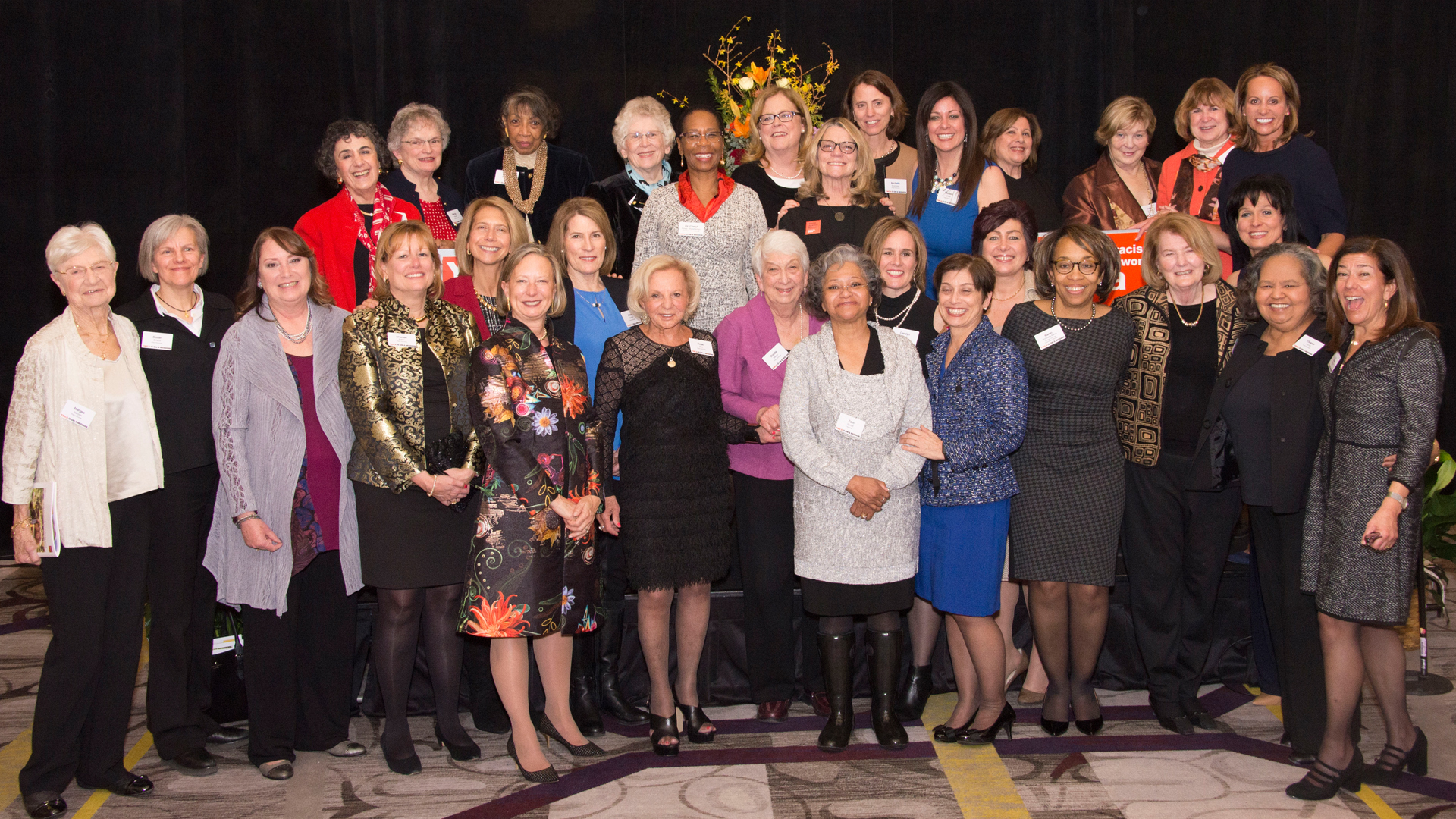 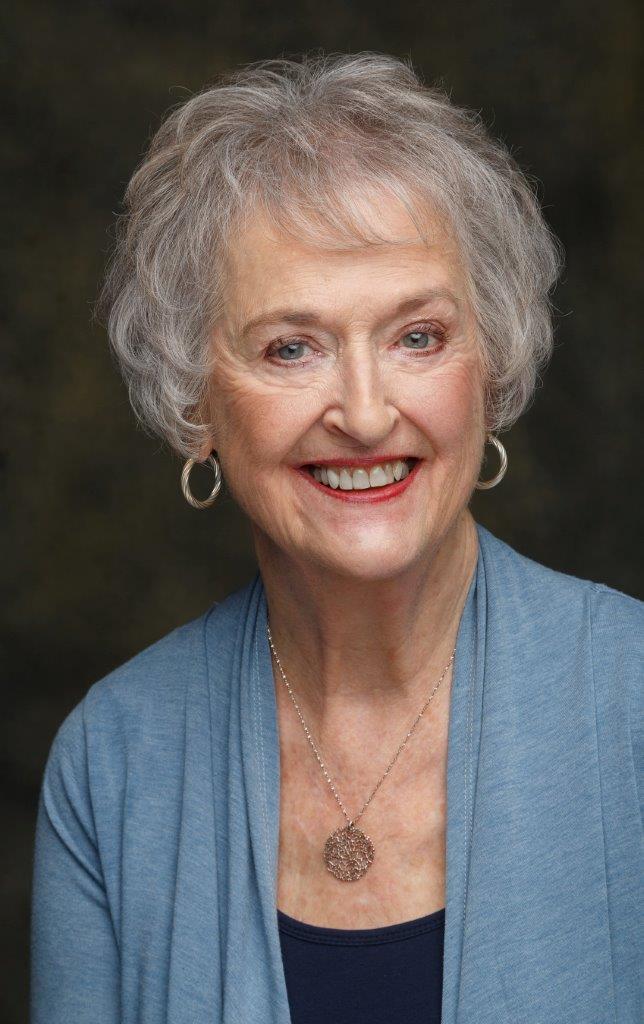 Barbara Purnell has always been an active, inspirational member and volunteer within the Princeton community, where she currently serves on the Advisory Council for the Princeton Senior Resource Center (PSRC) and on the Friends Steering Committee for the YWCA Princeton.

Like many new to Princeton, Barbara joined the YWCA Princeton through the Newcomers program in 1986, and has been a member since, serving on the board from 2003. She has worked on various special events dedicated to eliminating racism and empowering women.

As she branched out in Princeton, she recognized the importance of communal work, and as such became involved with the Princeton Senior Resource Center (PSRC), a non-profit. Her energy, enthusiasm, and dedication are reflected in the extraordinary effort she has placed in this organization and have been integral to this nonprofit’s success. After directing the HomeFriends program, Barbara joined the board, where she was Board President when the PSRC and the Suzanne Patterson Center (Borough funded) merged into the single non-profit center that exists today.

Barbara has been involved in a plethora of different community programs in the area, including Meals on Wheels, where she volunteered to deliver meals for 25 years, and has read to young children in Princeton elementary schools for six years.

Barbara received a Master’s Degree in Vocational Rehabilitation Counseling from Seton Hall University. Over her career, she has worked in education and the Community Mental Health Services. She is married to her Husband of 57 years, Harry, and they are the proud parents of Beth, Tom and Christine and grandparents of 6.

Barbara is receiving the Waxwood Lifetime Award for Service. This is one of the highest honors bestowed upon a woman who has dedicated her life to community service. The award is named after Susie Waxwood, the YWCA Princeton’s first African-American Executive Director (1958-1968). 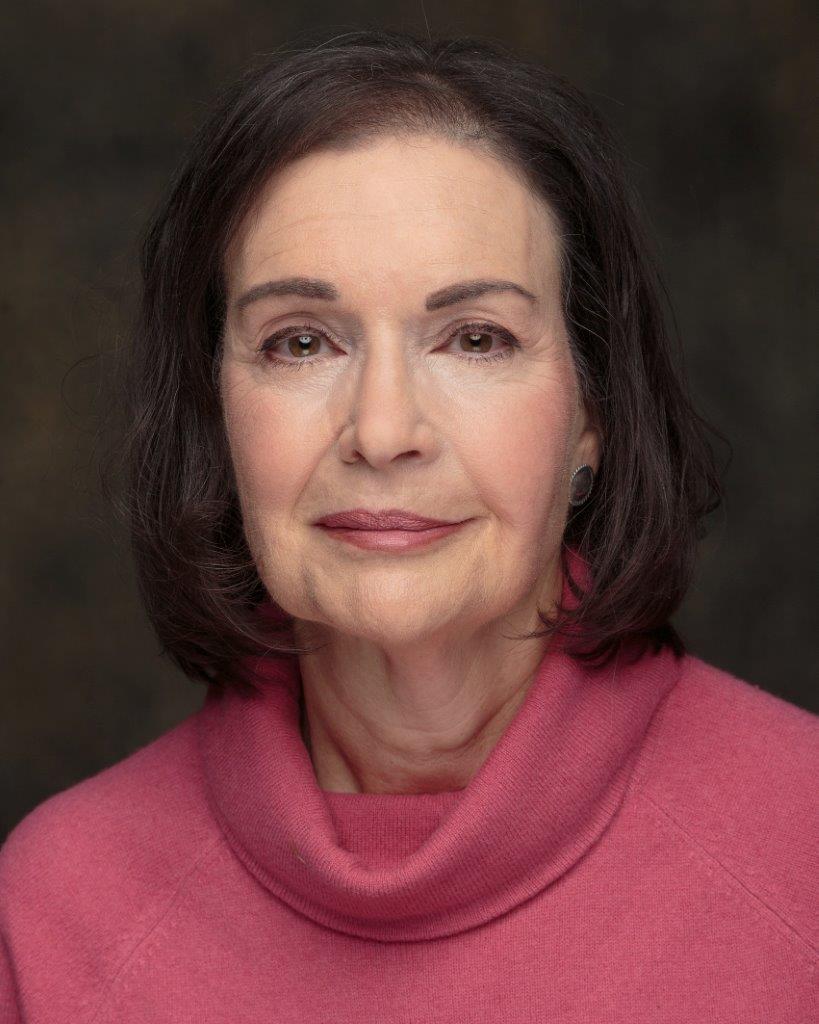 Since her retirement, Linda was fulltime co-chair of Not in Our Town (NIOT) Princeton (2015-2018) and secretary of the board (2018+), the Princeton-based racial justice organization. During her tenure, NIOT has seen significant growth in attendance at its monthly Continuing Conversation on Race and White Privilege, held at the Princeton Public Library, as well as special programs like the six-part Racial Literacy that took place in the fall of 2016. During NIOT’s participation in the YWCA’s Stand Against Racism in 2015, Linda and other NIOT members blanketed shops in town and at the shopping center with Stand Against Racism posters and published the merchants’ photos with the poster in a Town Topics and Daily Princetonian two-page ad. She is also a member of the Joint Youth Concerns Committee, which advocates for equity for all children in the Princeton schools and community.

Linda and her husband have a multiracial family. She has two children, two stepchildren, and five granddaughters.  She has been a longtime member of The Jewish Center of Princeton, where she has been active on the Social Action Committee and where, with fellow NIOT Princeton board members, she leads a workshop Examining Racism: Looking inward First.

Linda is receiving the Fannie Floyd Racial Justice Award. This is one of the highest honors bestowed upon a woman who has made significant contributions towards the goal of eliminating racism in their community. The award is named after Fannie Floyd, a longtime supporter of the YWCA Princeton. 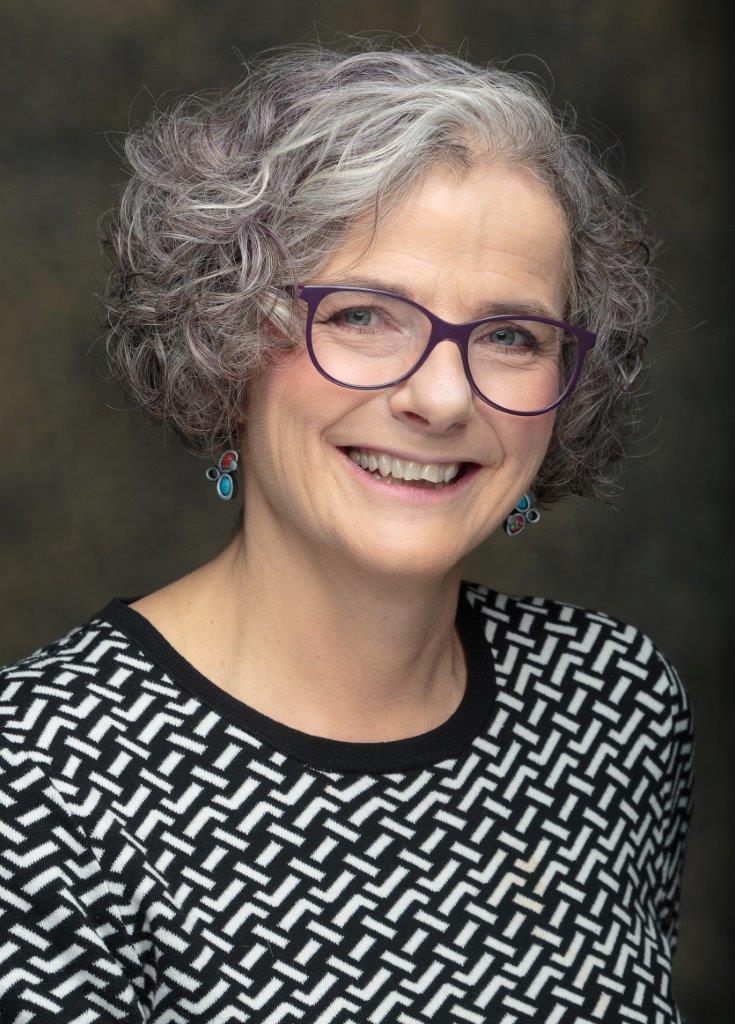 Zoe Brookes is the Co-founder and Executive Director of Trenton Circus Squad, a youth achievement program based in Trenton that helps teens to take great leaps in life. Since opening in 2015, this organization has delivered free-of-charge life-changing experiences to teens and young children in Trenton and throughout Mercer County, including some of Trenton’s hardest-to-reach youth.

Zoe moved to the Princeton area in 2008 with her family. Since arriving she has founded several community arts organizations: Stone Soup Circus, a community circus program originally based in Princeton and now part of The Circus Place in Hillsborough; the Princeton Variety Theater, a community theater group that brought community members together to perform an original play each winter for seven years, under the umbrella of the Arts Council of Princeton; and Central Jersey Story Slam, a community venture that encourages local folk to tell their stories for others’ enjoyment.

A career strategy consultant, Zoe has also consulted with many organizations locally on strategic planning, most notably Isles Inc., where she also spent a period as interim Chief Operating Officer. Her time at Isles inspired her to join forces with co-founder Tom von Oehsen to bring circus arts programming to the City of Trenton.

Zoe holds a Masters of Business Administration from London Business School, and a Masters of Engineering from Brunel University, both in the UK. She lives in Princeton with her husband and three children. She is an avid rower with the Carnegie Lake Rowing Association. 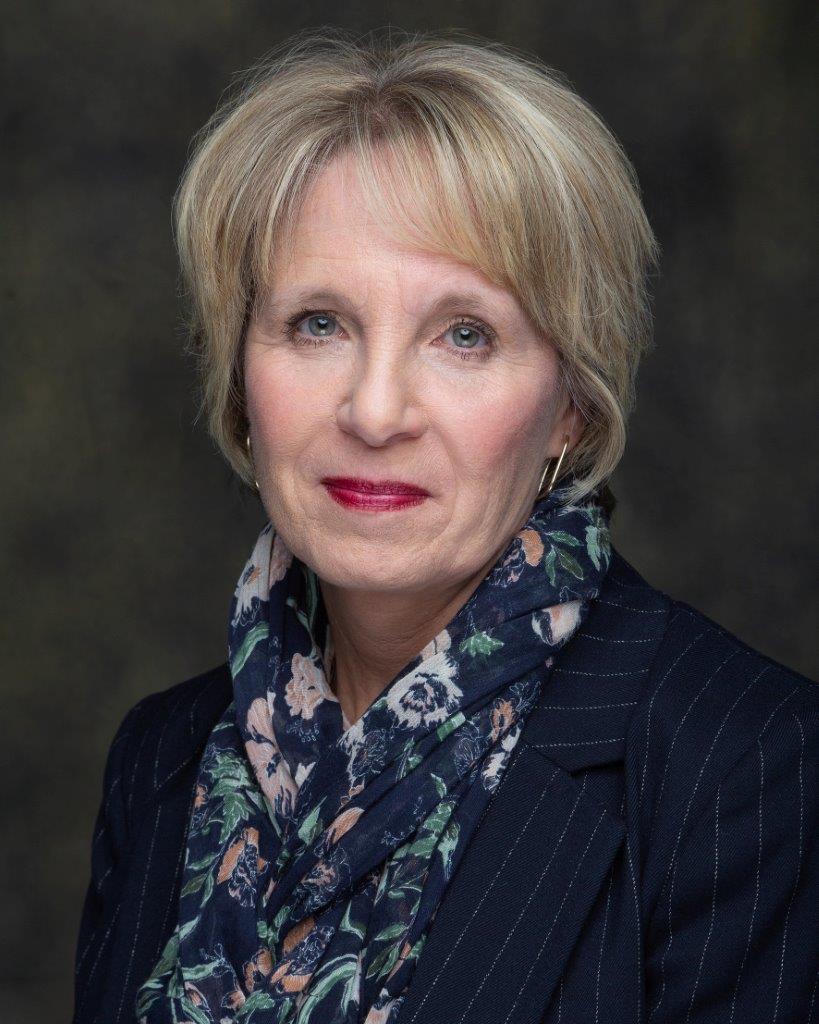 Tracy McManimon has served as Senior Vice President and Chief Underwriting Officer of NJM Insurance Company since April 2017. Ms. McManimon joined NJM in 1986 as a Personal Lines customer service representative. Over the course of the next 30 years, she took on positions of increasing responsibility in underwriting, pricing, reinsurance, and product development, culminating with her promotion in 2007 to Vice President.

In her current role, Ms. McManimon leads NJM’s commercial and personal lines of business. Under her guidance, NJM’s customer service has been repeatedly recognized by national consumer publications. Ms. McManimon also chairs NJM’s strategic planning efforts and is a member of the Company’s executive leadership team. In April 2018, she was elected to NJM’s Board of Directors. At that same time, she joined the Board of Trustees for Public Media NJ, Inc.

For many years, Ms. McManimon led NJM’s Personal Lines employee fundraising efforts on behalf of St. Jude Children’s Research Hospital. In 2012, she helped initiate NJM’s “Safe at Home” partnership with the Trenton Thunder, which has generated over $100,000 in charitable donations from NJM.  Ms. McManimon also introduced a Teen Driver Safety Program as part of the Company’s centennial anniversary celebration in 2013. In 2016, the Program was nationally recognized for its demonstrated results in changing behaviors and attitudes in young drivers, helping to reduce teen crashes, injuries, and deaths.

She received her B.A. in psychology from Fairfield University in 1986. She and her husband, Gary Hansen, live in Pennington, N.J 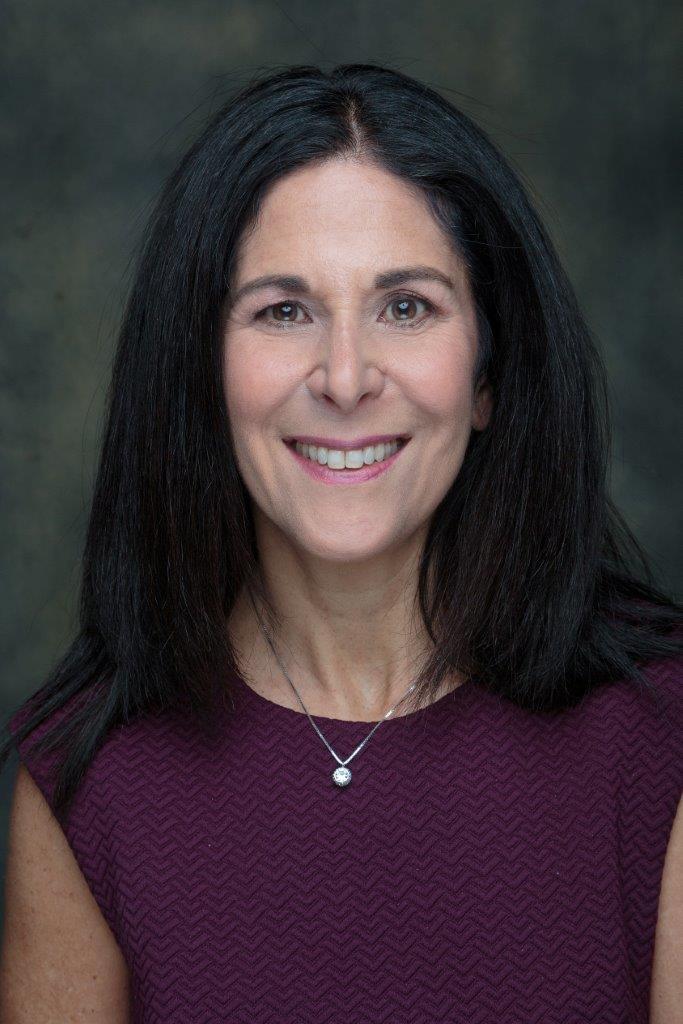 As a strategic leader and experienced policy executive, Linda Schwimmer devotes her professional and volunteer life to improving health care quality and access. Linda is also a respected voice in the national movement to promote safety and transparency in American health care.

Linda also serves on the boards of directors of the National Quality Forum and The Leapfrog Group, two national organizations committed to improving health care. Locally, Linda volunteers as a member of the Princeton Board of Health.

Prior to joining the Quality Institute, Ms. Schwimmer served in various roles in federal and state government, including Staff Counsel (Pension Benefit Guaranty Corporation and the NJ State Legislature) and Director of Legislation and Regulations (New Jersey Department of Banking and Insurance). While in these positions, Linda worked to preserve employee pensions; protect consumers from identify theft; assist families during the foreclosure crisis; and, to reform state health insurance laws to prevent discrimination based on gender or preexisting conditions. Ms. Schwimmer also practiced bankruptcy and commercial law for over a decade, helping individuals and small businesses reorganize their finances and preserve their homes and businesses.

Finally, Linda has served on community boards including: HiTops; UNOW Day Nursery; Medina Clinic; The Jewish Center of Princeton. Linda received a B.A. with honors from UC Berkeley, and a J.D. from Georgetown University Law Center.  She lives in Princeton with her husband Josh Lichtblau and two sons. 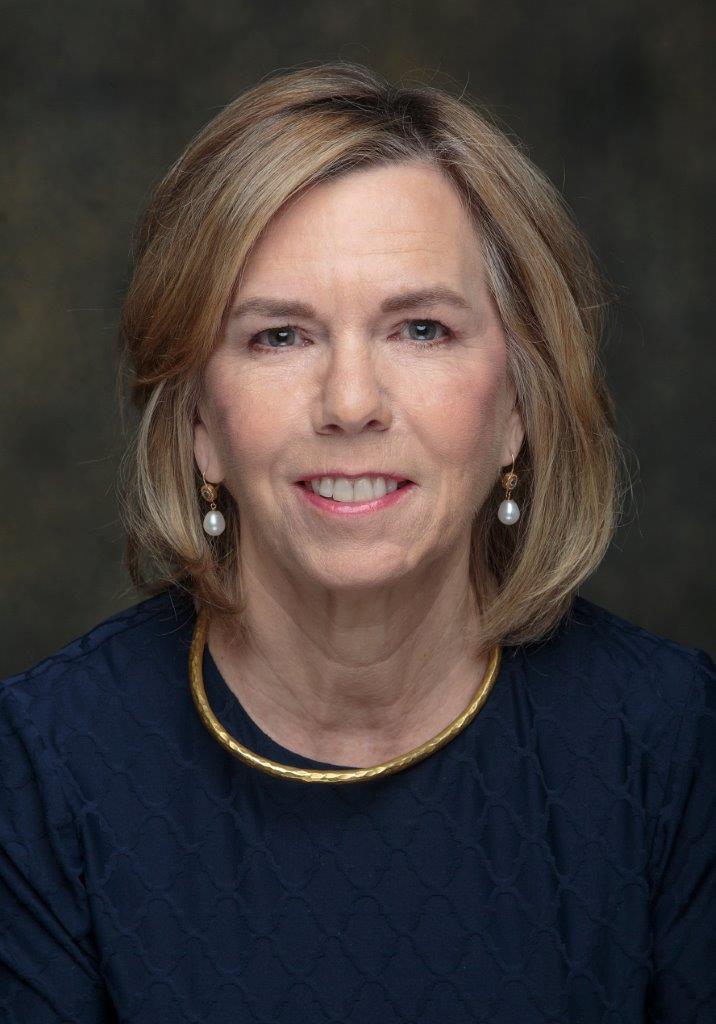 Martha Sword chairs the Building for the Future Campaign Committee for the Princeton First Aid and Rescue Squad.  The Campaign aims to raise building and endowment funds for the much needed construction of a new headquarters for the Rescue Squad.

Martha has been a volunteer for over four decades. While a Princeton Day School high schooler she made the rounds at Princeton Hospital as a Candy Striper every Saturday morning. At Bowdoin College she taught figure skating to Brunswick, Maine children and adults. Since returning to her hometown of Princeton in 1979, when she married Bill Sword, she has served as past president of the Princeton Skating Club, the Princeton Nursery School, and the Garden Club of Princeton, as well as a board member of Trinity Counseling, WHYY/13, Young Audiences, and Arm in Arm (formerly Crisis Ministry of Mercer County). She has served as a deacon and an elder at Nassau Presbyterian Church and currently serves on the board of the Bedens Brook Club and as an advisor to the Paul Robeson House of Princeton and Centurion, an organization advocating for the wrongly convicted.

Martha and her husband both grew up in Princeton and raised their three children in the town, but until a violent home invasion in 2003, in which Bill suffered multiple stabbings, they had never needed the services of the First Aid and Rescue Squad.  Thanks to the expertise of the EMTs,  he survived the stabbing.  Not long afterwards, he joined the advisory board of the Rescue Squad and was excited to explore locations for a new headquarters. Sadly, Bill died 9 years later during Hurricane Sandy. Martha considers it an honor and privilege to now give back to the squad and to honor Bill’s memory with the current Rescue Squad fund raising campaign. 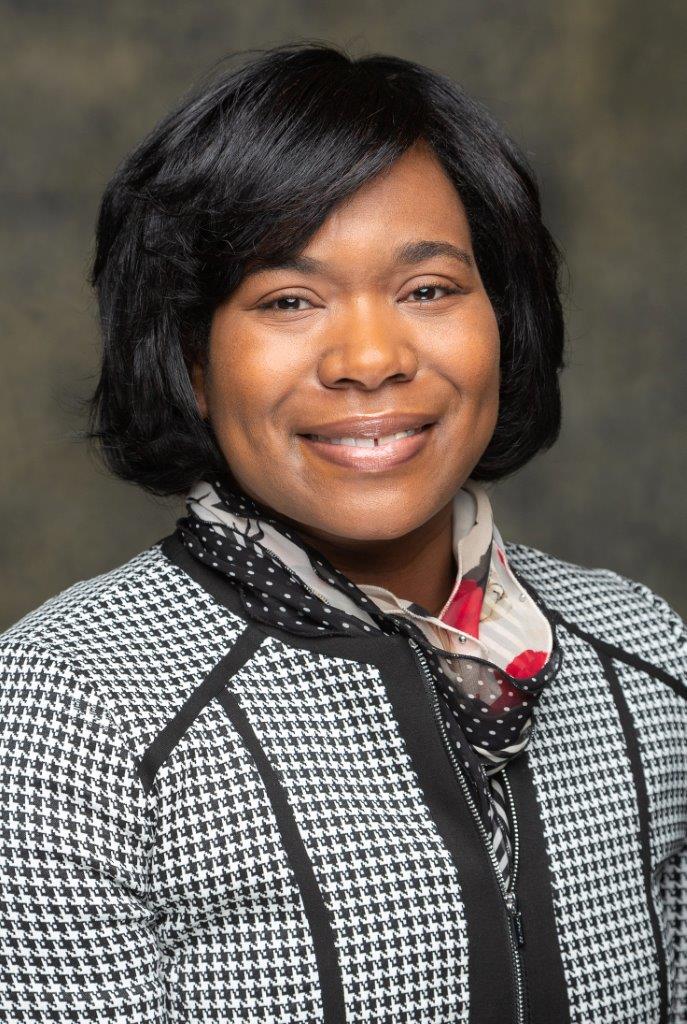 Robin Walton is the Vice President for Community and Government Affairs at Thomas Edison State University, where she manages the University’s relationships with federal, state and local governments, regulatory agencies, key policymakers and community stakeholders.

Ms. Walton serves on the Board of Trustees for the Chamber of Commerce of Southern New Jersey and Robert Wood Johnson University Hospital – Hamilton. She is on the Policy Committee for Executive Women of New Jersey and Community Advisory Board for the Trenton Health Team. Previously, Ms. Walton served on the Board of Trustees for the New Jersey Hospital Association, Children’s Specialized Hospital and Trenton Public Education Foundation. She has served on the inaugural Policy Committee for Greater Mercer Public Health Partnership and the National Task Force for Higher Education Government Relations. Ms. Walton served as Thomas Edison State University’s Institutional Representative to NJ ACE Women’s Network and in 2012, began a local chapter at the University.

Ms. Walton received the following prestigious honors:  Salute to the Policy Makers Award by the Executive Women of New Jersey, NJBIZ’s Top 40 under 40 in NJ and the Maria Barnaby Greenwald Empowerment Award.

Ms. Walton earned her Masters of Science in Management from Thomas Edison State University and her B.A. in Political Science from Douglass College, Rutgers, and The State University of New Jersey. Ms. Walton was a 2018 graduate of the Public Affairs Council’s Institute and a 2015 Harvard Kennedy School Emerging Leader Program participant.

Ms. Walton and her husband, George have two sons, Ryan and Bryce.

Principal at the Kaufman Zita Group 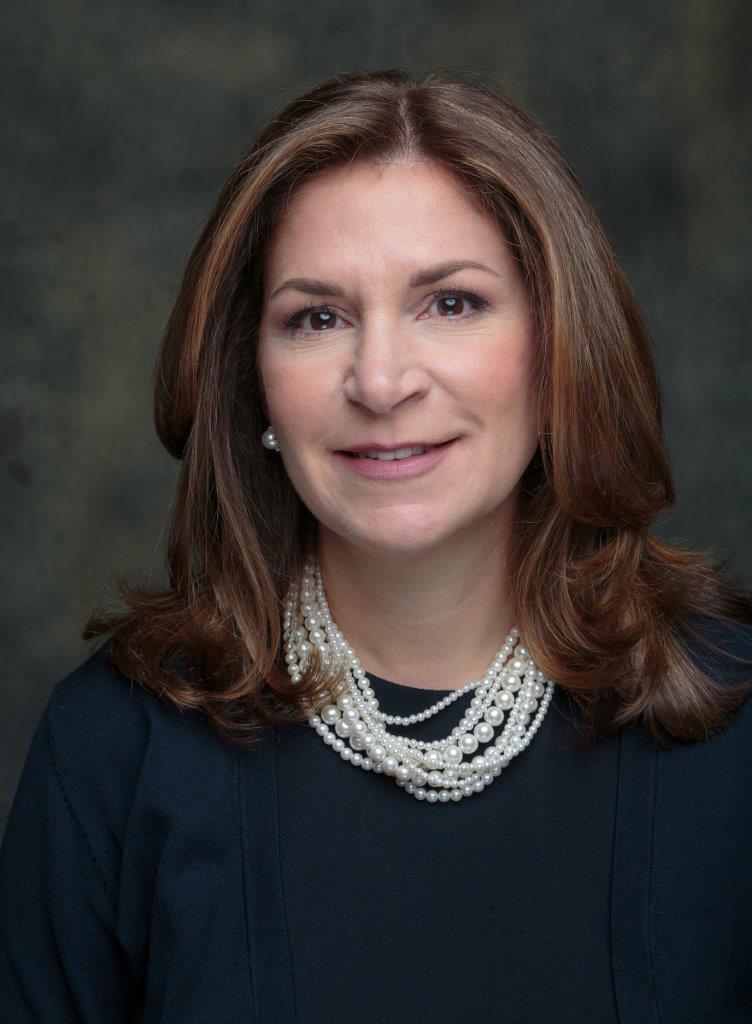 Over the past decade, Trish has been consistently recognized as a prominent and influential business and political leader in NJ, being named to top 100 lists by various publications including; NJBIZ, ROI-NJ, InsiderNJ, Observer’s PolitickerNJ and Forbes Magazine.

Recently, Trish has also been honored by several organizations for her achievements in politics and business, including Emerge New Jersey and the Executive Women of New Jersey.

In 2017, to aid the incoming Administration’s transition, Trish was selected by Governor Phil Murphy to serve on his Environment and Energy Transition Committee. She also served on the Rutgers Center for American Women in Politics, New Jersey Bipartisan Coalition for Women’s Appointments’ Advisory Committee.

Trish is active in several organizations throughout her community, including the Board of the Princeton Regional Chamber of Commerce, the Bucks County Playhouse, and CASA of Mercer and Burlington Counties. Trish has also served as Chair of the Women’s Political Caucus’ Political Action Committee and continues to be an active member.