Tribute to Women In Industry (TWIN) 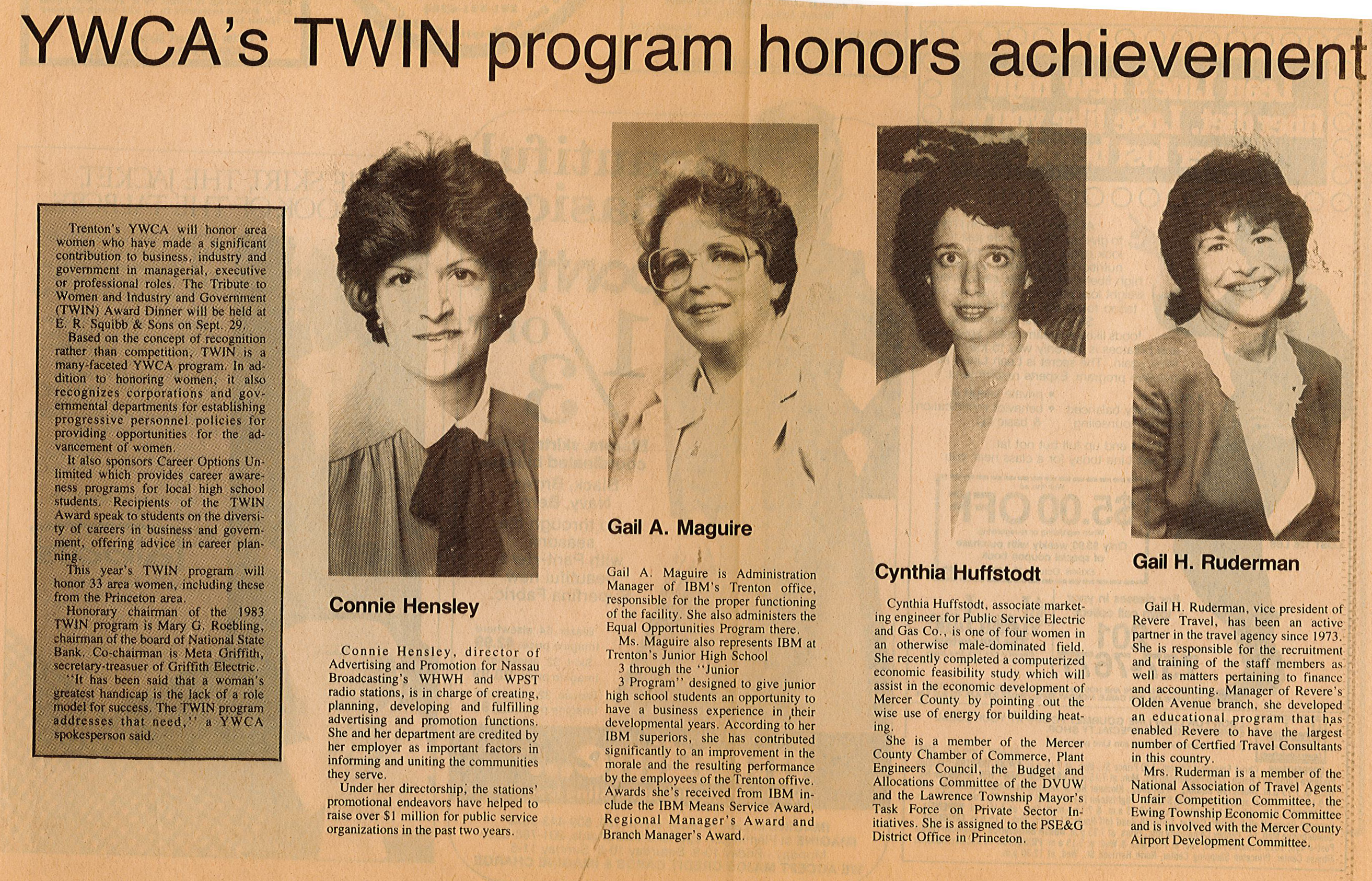 YWCA Princeton adopted the Tribute to Women in Industry program from the national YWCA in 1984. According to a news article calling for nominations, “the purpose of TWIN is to honor women who have made a significant contribution to industry in a managerial, executive, or professional role and to recognize those businesses whose personnel policies have created the opportunities for those achievements.” In addition to the annual Awards dinner, which later became known as the Tribute to Women Awards, the TWIN program featured year-round professional development workshops for women at various stages of their careers, from resume workshops to career reentry, and guest lectures on financial planning.

In April of 1989, YWCA USA was one of 300 co-sponsors of the March for Women’s Equality/Women’s Lives in Washington, D.C. The demonstration was a response to the United States Supreme Court’s review of the constitutionality of a Missouri antiabortion law that, at the time, threatened the future of the 1973 Roe v Wade decision that legalized abortion. YWCA Princeton sent representatives to the march, including Board members, staff, including Executive Director Paula Wristen. There, they joined YWCA delegations and others from across the country as well as international representatives from Germany, Norway, Italy, Sweden, Africa, and South America.